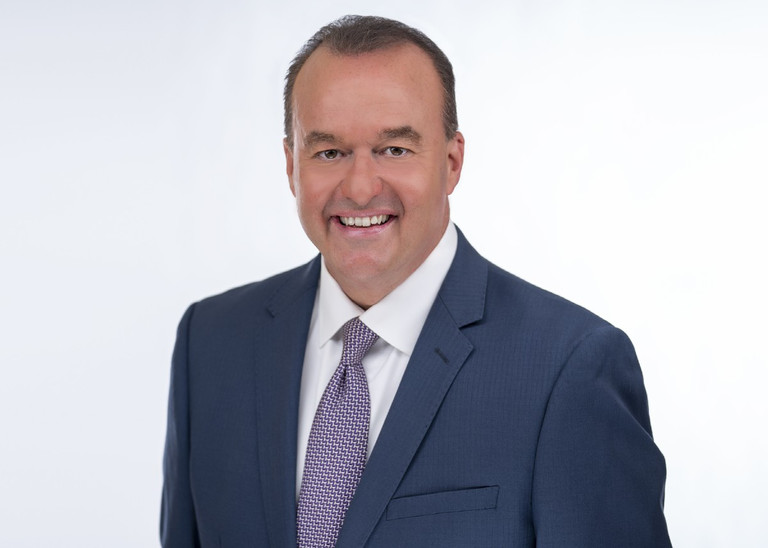 Don Harris is the Emmy award-winning weekday Sports Anchor and Sports Director for News 4 San Antonio. In 2022 he begins his 33rd year with the station.

Don was recently honored with the prestigious Silver Circle award by the National Association of Television Arts and Sciences. He was honored at the Sports Emmy awards ceremony for his career accomplishments and community service for more than 25 years. It is the highest honor given by the Emmy awards organization.

Harris has won multiple Emmys and Associated Press awards in categories ranging from best commentary to best sports special and sportscast. He has also served as the TV play by play voice of UTSA Football and "Thursday Night Lights," a local live high school football broadcast.

Harris is actively involved in the San Antonio community. He is a recipient of the prestigious Edna McGaffey Media Excellence Award by the San Antonio Express-News and the local chapter of American Women in Communications for his work on the air and in the community. He has been named as one of the San Antonio Business Journal's "40 Under Forty" rising stars in the local community and was named "Best Talk Radio host" by the San Antonio Current readers’ poll. Harris made broadcasting history when he became the first and only broadcaster to host a live radio sports talk show and anchor a live television sportscast – simultaneously.

In 1998 Harris started the Don Harris Golf Classic, a golf tournament benefiting numerous charities including the Arthritis Foundation and The Family Service Association, The Autism Treatment Center, S.A. Youth and the First Tee Of San Antonio. Many top local sports celebrities have taken part helping to raise over a million dollars for local children. Harris also serves on the board of the Harvey E. Najim Family Foundation and San Antonio Sports, and is on the advisory board of the Miracle League of San Antonio. All are actively involved in improving the lives of children in San Antonio.

Harris has covered many major sporting events during his 33 years at News 4 San Antonio, including numerous Super Bowls, Final Fours and all five Spurs World Championships. News 4 WOAI's Race for the Rings (Spurs pregame and postgame shows) were among the highest rated shows in San Antonio television history.

Harris is married to wife Julie, who, like Don, attended San Antonio's Churchill High School and the University of North Texas. They have two sons, Landry, and Grant and two daughters in law Jennifer and Elle.