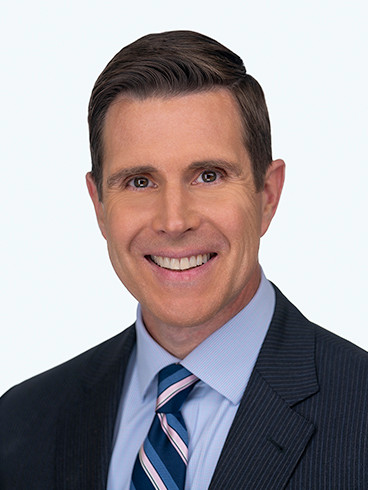 David Chancellor is the very definition of a hometown kid.

He is born and raised in San Antonio. In fact, his childhood never strayed off the main drag along Jackson Keller.

He is a product of NEISD who went to Jackson Keller Elementary, Nimitz Middle School and Lee High School.

He graduated from Trinity University in 1994, and then went to work soon after for KMOL, which later became News 4 San Antonio.

Chancellor is proud of the work he has done during his near 30-year television career. He and his team have been honored with several local and state awards. The most recent are two Lone Star Emmys for Best TV station and Best Morning Newscast.

In 2018, Chancellor shifted from a career in sports journalism to the morning anchor desk. You can watch him weekday mornings on News 4 San Antonio Today.

Storytelling is his passion, but his love is his family. David married Aubrey in 2007, and they are proud to raise their two children -- Luke and Emery -- in Alamo Heights.

David spent over 20 years as a local sportscaster who covered several of the Spurs' championship runs, but these days you'll find him most weekends at Luke's basketball tournaments or Emery's swim meets. And some weekends, he's at both.

He's the guy yelling (and loudly) for his kids.