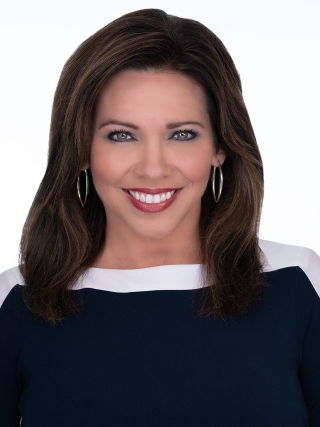 Born in the Valley, she moved around a lot, but spent the majority of her childhood growing up in San Antonio.

She went to the University of Texas to pursue broadcasting, graduating with two degrees, one in Journalism, the other in Political Science.

She landed her first "TV gig" in Waco, where she had the opportunity to broadcast live all over the world from the infamous Branch Davidian compound on the four year anniversary of the siege.

Her next stop was Austin where she anchored the hour long 5pm newscast for Fox 7 News and was the consumer/investigative reporter. April's reporting has ranged from taking on insurance companies to revealing consumer rip offs and government waste.

"I enjoy investigative work and am honored to be part of the Trouble Shooters team," she said.

April likes getting results and she considers this type of reporting a service to the community. Her favorite part of the job is learning through people every day.

When she's not at work, she enjoys time with her twin daughters, swimming, dancing and traveling.